Continuation of the article about click matter into DSF and PCM (FLAC, WAV, AIFF, etc.) files after ISO (1-bit audio) extraction. Here we review clicks placed into pauses between tracks.

On the ISOs between tracks may be placed pauses. Sometimes these pauses may contains clicks.

Sometimes such click issues may be solved via skipping pauses.

However, if album contains DC bias, removing pauses can cause clicks at borders of tracks.

Because non-zero levels appear at borders. It is important for playback these tracks separatelly.

If these files will played back in gapless mode (gapless capable audio player), difference levels at borders of neighbouring tracks may cause clicks too.

For avoiding clicks in this case may be recommended SmoothDC applying. 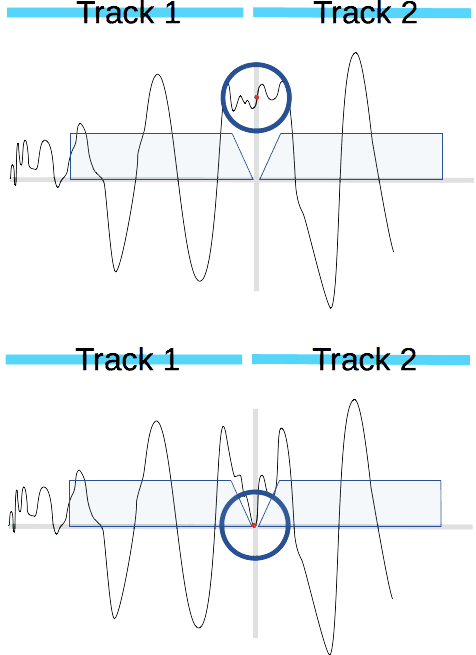 This would avoid clicks at borders during both types of playback: gapless and non-gapless.