In the previous article, we considered what is voltage. Voltage, electrical current and resistance are the main basics of electricity. Today we consider the current in the context of the physics of audio. Keep reading...

What is electrical current

By the existing theory, electrical current is a movement of electrons or charged particles.

Voltage is a difference between electrical field potentials. It creates force, that moves charged particles from a point with a higher potential to a point with a lower one.

Let’s imagine a cross-section (ring) inside the pipe as shown in the picture.

What is amperage of the electric current

The ring is infinitely thin.

Amperage, in the first approach, is the number of electrons that pass thru the ring per second.

The number of electrons is called an electrical charge.

The amperage is denoted by I letter.

Direct current is current in a single direction. Like one the considered above.

Voltage in a point may be changed. Let's imagine 2 points A and B.

At the current moment, point A has a higher electrical potential than point B.

Electrons move from point A with higher potential to point B with lower potential.

In the next time moment, point B has a higher potential than point A.

Electrons move in the opposite direction from point B with higher potential to point A with lower potential.

It is an alternating current.

Let's pay attention to potentials. There is one subtle detail.

It is mean, that the voltage (difference of electrical contact potentials) between "+" and "-" is 1.5 Volt. 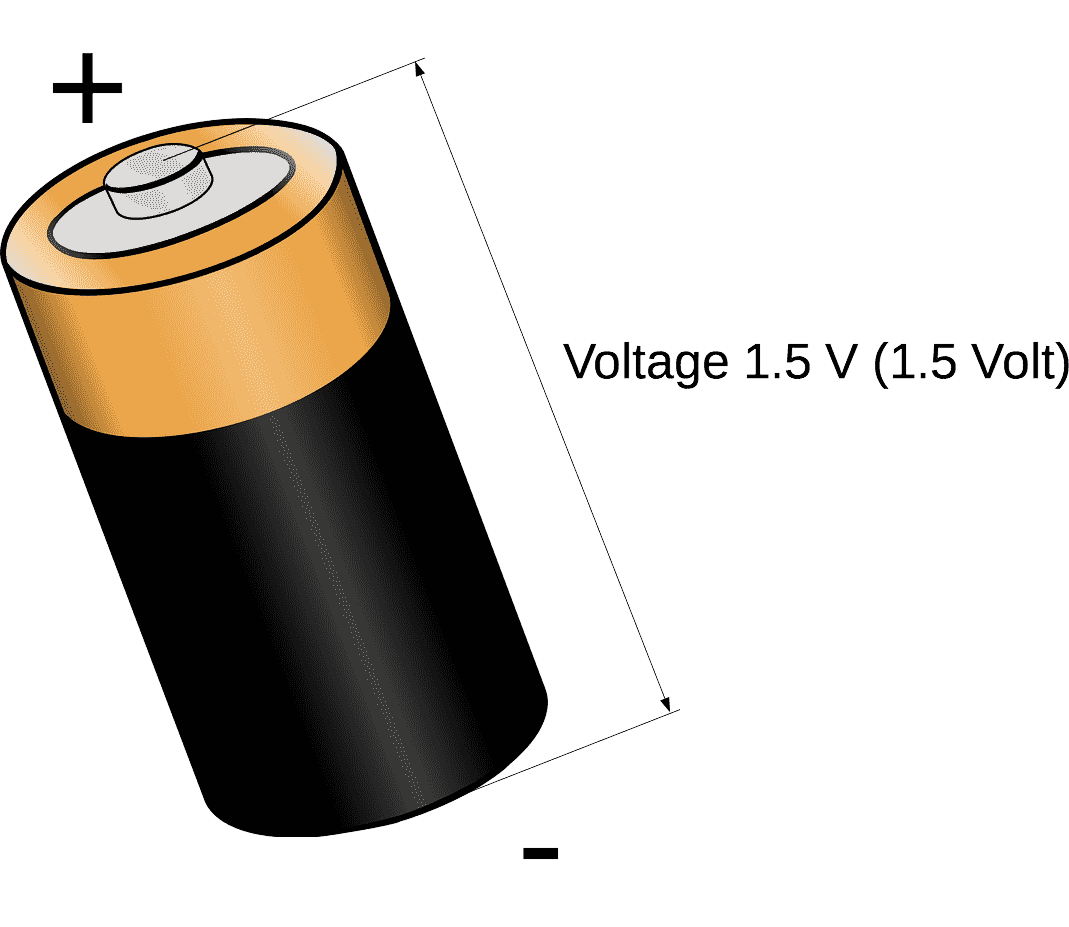 Mathematically potential "+" (positive potential) is more than "-" (negative). And electrons should move from the higher potential to the lower one: from "+" to "-".

However, electrons are negatively charged particles. So in reality, they move from "-" to "+". It is a reason why negative contact should be disconnected when an electrical device is turned off.

But when we learn electrical schemes, we consider "virtual" positive particles, that move from "+" to "-".

Therefore, we need to follow context when we discuss the electric current direction.

What does amperage mean in electricity?

Amperage is a current strength. It is measured in Ampers. read more...

In the next article we will look in details how voltage and current are bound.