What is electrical resistance

When we considered electrical current, we look at electrons that moved across the «pipe» (wire). All things, the author has described in the article, don't pretend to be fully correct from the latest physics point of view. Because elementary particles are too complicated. But we will learn simplified processes in the first approach to better understand.

Above, we are described a wire as pipe. The electrons moves through the pipe. But real wire is not empty inside. It contains a crystal grid: the wire's molecular matrix.

Electrons are "stumbled" about the grid.

Grid «resists» to moving of the electrons. When an electron "stumbled" by the grid, heat is produced.

The resistance is called R.

Read below how are voltage and current related.

How to work electrical schemes

To review the schemes we will consider a stream of "virtual" positive particles (further "particles"). They move from "+" to "-" of a power source. 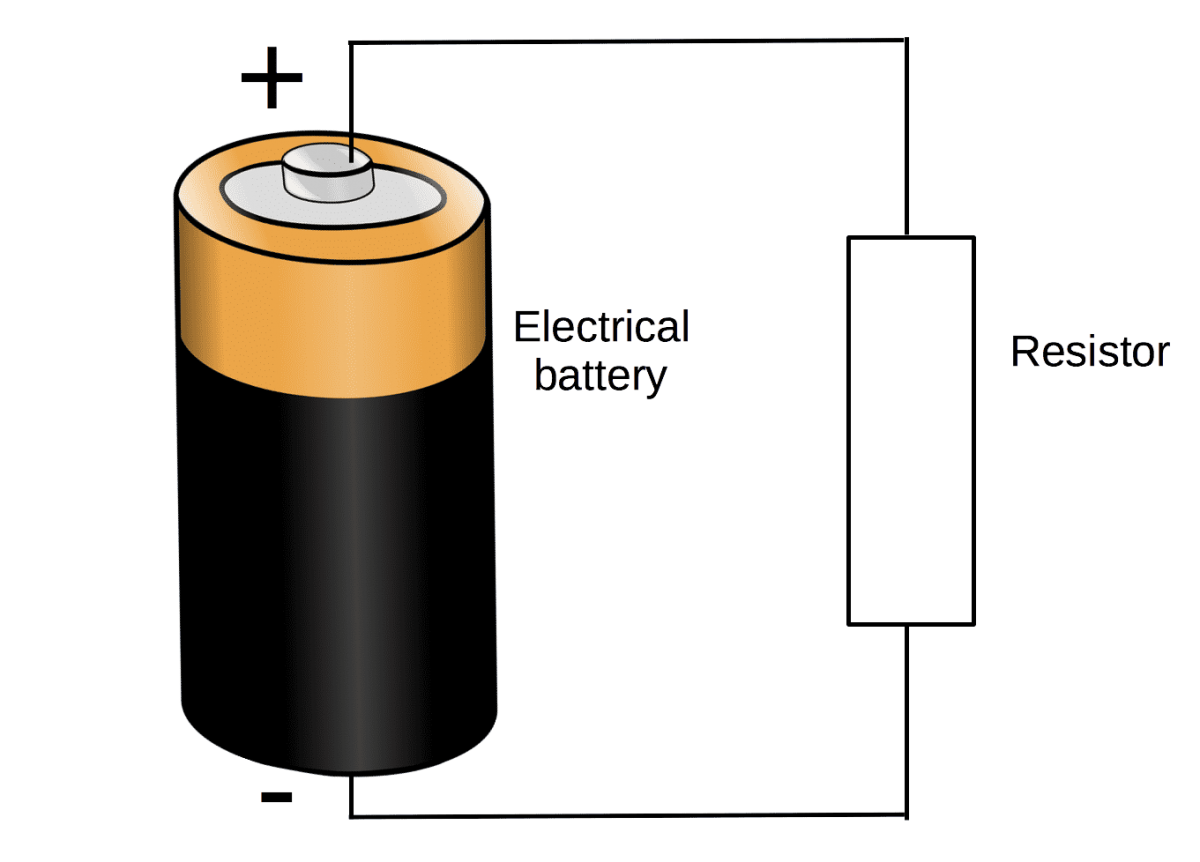 Voltage is potential between 2 points -  contacts of power source (battery).

The potential creates a force that moves the particles.

The scheme is a closed loop: particles move from "+" to "-" of the energy source (battery).

Inside the battery, the particles are moved from "-" to "+" thru a conductor. For such "unnatural" movement, the energy of the power source is spent. It is like climbing a mountain.

Further, the particles "naturally" move from "+" to "-" out of the power source again (like down from the mountain). 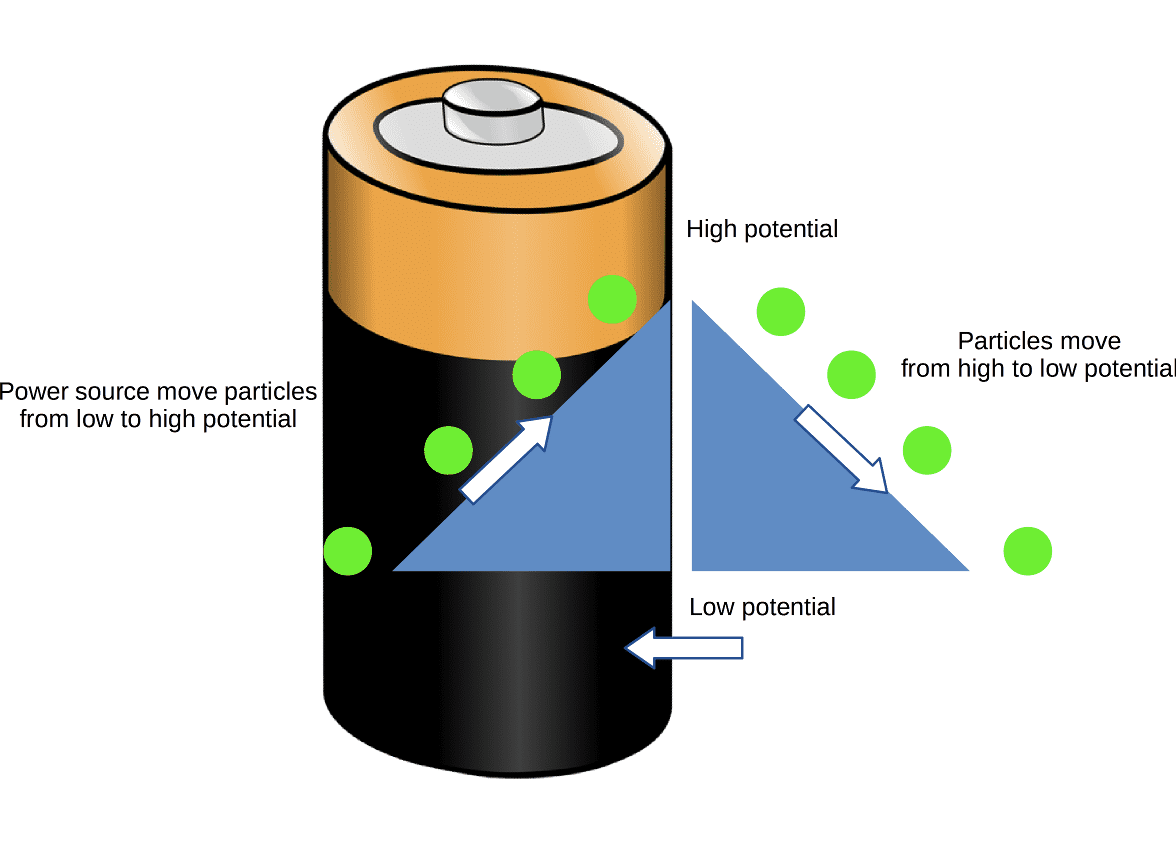 Therefore, the particles move thru the closed loop until the power source keeps potential and internal particle transportation ability.

When particles move down from the "mountain", they get "resistance" in the crystal grid.

The resistance limit speed of the movement. So lesser particle number of pass thru the wire, i.e. higher resistance cause lesser amperage.

To increase amperage we can increase potential or reduce resistance.

How are voltage and current related. Ohm's law

Voltage, amperage and resistance are bound via Ohm's law:

The formula describes the above-mentioned sentence: to increase amperage we should increase the voltage (potential) or reduce resistance. Let's look at the modified formula:

Voltage can be increased by adding more batteries. Resistance can be reduced by the wire's material replacement or radius increasing.

What is electrical resistance formula?

How do you measure resistance?

An electrical resistance may be measured with an ohmmeter appliance.

The instrument has 2 contacts with wires. You can connect each contact to one of two connectors of an electrical circuit. And the ohmmeter shows the resistance.

The circuit should not contain a power source.

In the  next article we will look at how energy and power relate to current, voltage and resistance.

If we put 1 Volt on a resistor, and the resistor allows 1 Amper currency, that means that the resistor has 1 Ohm value.

What is the unit of resistance?

The unit of electrical resistance is Ohm.